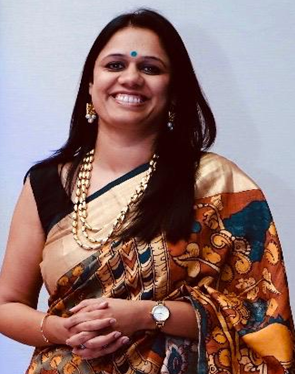 - General Manager with IHG leading the Crowne Plaza New Delhi Mayur Vihar unit. In addition she is also the South West Asia Regional Champion for Guest experience and Brand standards for 38 Hotels. Ms. Nivedita has in her kitty an array of recognitions and accolades. Noteworthy are two consecutive years of “Ten Club awards” (for overachieving 100% of the targets) in addition to “Front Runner Award” (for Best in Class performance in all areas) and coveted “Next Generation Leader” Award (for exemplary and promising Leadership skills).She’s had the privilege of working with esteemed Brands like Hilton, Radisson and now IHG. She is the Alumni of IHM, Lucknow. In past she has served as Director of Rooms with Hilton and thereafter Executive Assistant Manager with IHG. Her People skills and operational expertise played a key role in her fast paced journey and within a short span of 2 yrs she was given an accelerated growth to a General Manager position.